High levels of copper and other mineral imbalances including high calcium, low magnesium can result in the debilitating, chronic pain symptoms of fibromyalgia. Fibromyalgia effects millions of people, especially women which make up 9 out of 10 of those with fibromyalgia. 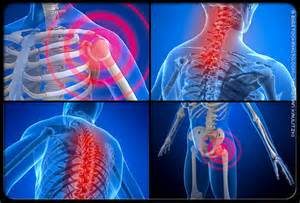 What Is Fibromyalgia (FMS)?
Fibromyalgia is a syndrome that involves widespread pain in the muscles and joints. In 1990 the American College of Rheumatology published its criteria for diagnosis of fibromyalgia syndrome (FMS) as an official diagnosis. The World Health Organization recognized Fibromyalgia as a real illness, accepting the American College of Rheumatology’s criteria for diagnosis, in 1991.  Prior to that time it had been known by other names including fibrositis and rheumatism.  At this time the cause is unknown and there are no completely accepted treatments though many drugs are prescribed to ease the symptoms.

Fibromyalgia is  a common chronic widespread pain condition with tenderness at specifically defined points. Pain is often felt very intensely throughout the body because the brain amplifies the pain signals.  Often the symptoms will trigger after a physical trauma like a car or other accident or after an emotional trauma.  Fibromyalgia is thyroid related or viral related or hormonal related. Thyroid dysfunction can be linked to fibromyalgia and thyroid hormone resistance.

Fibromyalgia Symptom Triggers
Trauma, infection or stress can aggravate or tip susceptible individuals into fibromyalgia but are not the basic causes. Fibromyalgia symptoms can intensify depending on the time of day — morning, late afternoon and evening tend to be the worst times. Symptoms may also get worse with many factors.  This includes fatigue, tension, inactivity, changes in the weather, cold or drafty conditions, overexertion, hormonal fluctuations such as before your period, or in menopause, stress or other emotional factors like grief or trauma.  Many people report that their fibromyalgia symptoms started after a car accident.

High Copper Levels and Fibromyalgia
There is a often strong correlation to those high in copper with other altered minerals and heavy metals relationships than can trigger symptoms of fibromyalgia. Doing a hair test will inform you of your exact mineral status and help you determine our level of copper as well as other nutrient imbalances. Once these are corrected with nutritional rebalancing, the symptoms of fibromyalgia can be reduced.

These are the main symptoms and issues related to fibromyalgia and can include other diagnoses:

Pain at key locations in at least 11 out of the 18 tender points is part of a formal diagnosis for fibromyalgia in these locations, though pain can be anywhere:

Fibromyalgia, like copper toxicity has many combinations of issues in the body: