Accurate tissues levels of mercury and aluminum which are contained in vaccines , mercury from dental amalgams, and environmental exposures of other heavy metals can all be discovered easily through hair testing. 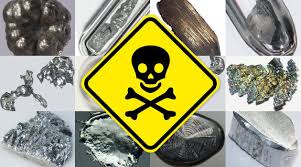 “There is no such thing as a medical disease…there is only metabolic dysfunction that is CAUSED by mineral deficiencies.”
Morley Robbins

Toxic Heavy Metals Are Everywhere!
Once someone has been exposed to a toxic metal, they can be found throughout the body, in tissues and inside the cells themselves. Very soon after exposure, a toxic metal leaves the blood and is either eliminated or stored in other organs and tissues of the body long term. Blood tests are not effective in identifying the actual tissue levels of toxicity, unless the contamination is recent within a week or two, or unless it is a continuously occurring exposure.

The HTMA Hair test provides a comprehensive analysis report with detailed  graphs for 8 toxic metals, as well as and 9 toxic metal ratios. Toxic metals do not always show up on a hair analysis test on the first test. Depending on the state of your body’s energy levels, it may take several tests before the toxic metals show up in the hair.

Toxic Heavy Metals In Hair Testing
There are 8 toxic elements in the hair test. These heavy metals are understood for their interference upon normal biochemical function and causing numerous imbalances in the body.

Other Toxic Metals Identified In A Hair Test Include