Copper Toxicity and PANDAS or PANS

High copper levels and other severe mineral imbalances as well as the presence of heavy metals are often seen in children who with symptoms or a diagnosis of PANDAS or PANS. 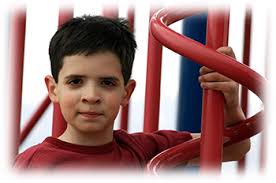 What is PANDAS?
PANDAS is an acronym for Pediatric Autoimmune Neuropsychiatric Disorders Associated with Streptococcal infections.” This diagnosis was first identified in the late 1990’s. Unfortunately, still many pediatric doctors have never heard of PANDAS, studied it, tested for it or even know about it.  It is more often that the parents who do internet research out of desperation, then bring their child to the doctor, asking for the blood testing and a diagnosis – not the other way around.

The National Institutes of Mental Health (NIMH) Investigators discovered that the OCD tics, and other symptoms usually occurred in the aftermath of a strong stimulant to the immune system, such as a viral infection or bacterial infection.  The research indicated that there are a subset of children with rapid onset of obsessive-compulsive disorder (OCD) and/or tic disorders and these symptoms are caused by group A beta-hemolytic streptococcal (GABHS) infections.

With PANDAS, children can have dramatic and sudden OCD exacerbations and tic disorders following streptococcus infections. The abnormal behaviors come on suddenly and are overt and easily recognized. PANDAS has been associated with a wider range of related behaviors. Affected children can have any combination of the following symptoms:  ADHD symptoms, OCD, anorexia, anxiety, germ phobias, rage, hyperactivity and depression symptoms.

High Copper Levels and PANDAS or PANS
There is a often strong correlation to those high in copper with other altered minerals and heavy metals relationships than can trigger symptoms of PANDAS or PANS. Doing a hair test will inform parents of the child’s exact mineral status and help you determine the actual level of unbound copper as well as other nutrient imbalances. Once these imbalances are corrected with nutritional rebalancing, the symptoms of PANDAS or PANS can be reduced.

The symptoms of PANDAS will include the criteria for diagnosis, along with any combination of following:

Below is the medical symptom criteria for PANDAS.
Additional symptoms, such as severely restricted food intake, may also occur such as in anorexia. Symptoms include sudden onset of OCD and/or Tics along with a least two other following systems.