The proper balance of magnesium in body tissues as related to calcium, sodium and potassium is essential to optimum health.  Most diets are very low in magnesium. A low level of magnesium is made worse by drinking a lot of milk, taking calcium supplements that do not contain magnesium or eating refined-food diets.  Stress also depletes magnesium. 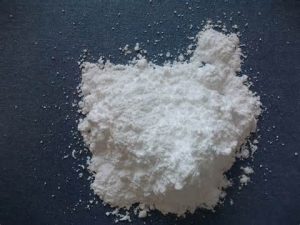 Magnesium is a key mineral cofactor in many anaerobic as well as aerobic reactions that generate energy. It has an oxygen-sparing effect. Magnesium is essential for the cell’s mitochondria “powerhouse” to function normally.  It is involved in both production and utilization of ATP. magnesium deficiency commonly occurs. Calcium and magnesium should always be in a proper balance to one another. If this normal equilibrium  is upset, one  mineral will become dominant relative to the other. If calcium is high relative to magnesium (see high Ca/Mg ratio), this indicates abnormal calcium metabolism, and result is an excessive deposition of calcium into the soft tissues. Excess calcium relative to magnesium will suppress magnesium function within the body.

Deficiencies of zinc, taurine and vitamin B6 will affect magnesium levels. These nutrients are synergistic with magnesium. High-carbohydrate diets will deplete zinc and vitamin B6 and often lack taurine, which is found only in meats.  Deficiencies of these nutrients may cause a magnesium loss or biounavailability. A high level of any nutrient element on a hair analysis often indicates bio unavailability, or loss of the element into the hair tissue. Low magnesium intake has been found in groups of people experiencing lung problems such as wheezing and asthma. Histamines can trigger lung problems and are also known to increase the requirement for magnesium. A deficiency of magnesium relative to calcium (see high Ca/Mg ratio) allows calcium to precipitate out of solution, which can contribute to calcium deposition into the  urinary tract and gallbladder. Over an extended period of time, calcium deposits are correlated with increased tendencies toward kidney and gallstones.

Calcium and magnesium are important elements whose roles include involvement in muscular response. When not  in  a normal balance, an excess of tissue calcium relative to magnesium will frequently lead to constant muscular tension and contraction.  If the muscles surrounding the urinary bladder are in a state of tension due to this error in mineral metabolism, the volume capacity within the bladder will be reduced. This condition may contribute to an increased frequency of urination due to the restricted size of the bladder.

As this Ca/Mg ratio exceeds 6.7/1, the more likely the symptoms of magnesium deficiency will manifest. Slow metabolic types will almost always have high magnesium in hair. Relative magnesium deficiency in slow metabolic type women increases their risk of heart attack. Magnesium acts a channel blocker. In the presence of magnesium  deficiency calcium channel blocking is diminished. Magnesium loss allows the adrenals to intensify their response and this activates the adrenals to raise sodium which reduces cellular magnesium reserves. The level of sodium increases in relationship to potassium so there’s a high sodium to potassium (Na/K) called the “stress ratio”. The higher the high sodium to potassium ratio, the more intense the stress response will be on this for the reduces the magnesium level in cells and tissues. Signs of magnesium deficiency include a high calcium to magnesium ratio Ca/Mg ratio. High copper will lower potassium and raise calcium.

Stress and the Internal Judge
(this concept is that or Dr. Rick Malter, a psychologist who also works with HTMA testing)
The psychological profile of the inner “judge” is activated during times of stress. As body tension builds up this prevents adequate magnesium from the diet or supplements from being retained. The higher the stress the more the need for magnesium. If we come become aware of the judge phenomenon and we can shrink or inner judge and it’s psychological effect we can often reduce stress.  This in turn allows her body to absorb and retain more magnesium. The internal “judge” can flare as a reflexive response which intensifies our stress response. Anger, rage, anxiety, panic and or depression or triggered from our internal charge of that rain results from for the magnesium loss. The concept of a person’s internal “judge” is a powerful psychological entity that is closely related to the stress response the regulation of the adrenal glands and magnesium deficiency. By being aware of the “judge” and dealing with it you can greatly reduce the intensity of stress associated with this powerful psychological entity that has a profound effect on your magnesium status.

Magnesium Deficiency and Prescription Drugs
Prescription drugs come over the counter drugs, and street drugs will induce magnesium deficiency! Stimulation drugs like ADHD medications are notorious for incurring cardiovascular problems. This includes drugs like Ritalin, and Adderall or other stimulant drugs. Stimulant drugs consistently trigger magnesium loss.Pushing dangerous ADHD drugs can result in significant health risks including cardiovascular events due to the loss of magnesium. Diuretics for hypertension are also known to deplete magnesium reserves. Calcium channel blocker’s also affect magnesium offing masking for significant magnesium deficiency. Many drugs produce symptoms that deplete magnesium reserves yet the FDA does not require drug manufacturer to study the effects of the drugs and magnesium status.

Magnesium and Estrogen
Estrogen in the form of birth control pills and hormone replacement therapy  is a major contributing factor to magnesium deficiency in teenage girls and women. Estrogen also effects copper, potassium and calcium levels and produces a nutrient mineral imbalances that are reflected in high Na/K and high Ca/Mg ratios. Estrogen will to lower a woman’s metabolism as the hormone increases copper and calcium levels were low in potassium levels. The high Na/K ratio of reflects more intense fight or flight response and inflates the “judge” psychologically. As sodium levels increase, the magnesium is lost from cells and tissues resulting in a higher Ca/Mg ratio that reflects relative magnesium deficiency. The state of imbalance exacerbate bates by the increased calcium level that is the effect of estrogen and also increases in copper. Estrogen place a major role in inducing relative magnesium deficiency in countless women and teen girls.

Magnesium and Health
Magnesium it is an essential important nutrient for maintaining physical and mental health. Cardiovascular functions, close close regulation, stress regulation, cellular energy production of neurological functions are among the most important functions involving magnesium. It also lowers the risk of cancer and is s known as the “mind mineral” and is known for its calming  effects on the body. It is very important to accurately assess a person’s mineral status and whether magnesium deficiency is present. We must also assess a persons to stress condition and whether the person is adversely affected by powerful psychological factors that decrease cellular magnesium reserves. HTMA is a powerful tool that’s very accurate and is the best laboratory of tool available at a reasonable cost processing both the absolute and relative magnesium deficiency.

The Judge
The concept of a person’s internal “judge” is a powerful psychological entity that is closely related to the stress response the regulation of the adrenal glands and magnesium deficiency. By being aware of the “judge” and dealing with it you can greatly reduce the intensity of stress associated with this powerful psychological entity that has a profound effect on your magnesium status.

Misled and Misfed, What They Don’t Want You To Know About Magnesium
(1:16:32 minutes)